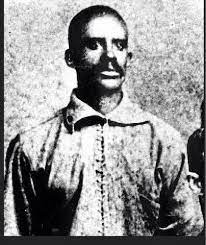 His rebelliousness fits the archetype of a free black who refused to exist in a state of subjugation and resorted to subversive activities to guarantee his survival. Sometimes his captors and jailers valued his skills, but more often, his spirit of independence was resisted by the authorities. His survival on four continents from Madagascar to North America to England, and, finally, to Australia, reflects the broad global experiences of some Africans in the eighteenth century.

Caesar was born in 1764 on a highland plateau in Madagascar. A strong boy of African blood and slave parents, he was owned by one of the four warring Madagascan kings (one of Andriamasonavalaona’s four sons). At ten years of age he was woken early and bustled down to the coast where he was sold to the French in exchange for guns and ammunition.

“Caesar” was a common slave name and it is probable that he was given this name while enslaved in Virginia or South Carolina. Malagasy slaves (as the residents of Madagascar were known) were highly prized in those regions. He possibly fled to the British colonial lines during the American War of Independence in exchange for promises of emancipation, or a refugee Loyalist who fled to England after the cessation of the Revolutionary war in 1783 may have owned him. In the Book of Negroes, which recorded the names of slaves who departed on British ships, a small number are recorded as going to Spithead in England. Among those noted were two young men aged fourteen and
eighteen with the name Caesar. It is possible that either one of these was John Caesar.

He was a servant living in the parish of St Paul, Deptford, England, in 1786. On 13 March that year at Maidstone, Kent, charged with the theft of some £12 from a dwelling house, he was sentenced to transportation for seven years and sent to the hulk Ceres. He embarked on 6 January 1787 in the Alexander, which reached Botany Bay with the First Fleet on 19 January next year. Popularly known as ‘Black Caesar’, he became known in the colony as a hard worker and a conscientious labourer.